[1] The alternative use of funds authority provides flexibility to SRSA-eligible LEAs to use Title II, Part A and Title IV, Part A formula funds to support local activities under an array of Federal programs in order to assist them in addressing local academic needs more effectively. (See Section 5211(a) of the ESEA, as amended, for more information.) An SRSA-eligible LEA does not have to apply for SRSA funds in order to exercise the alternative use of funds authority. An LEA that is eligible for both SRSA and RLIS may exercise this authority even if the LEA chooses to participate in RLIS instead of SRSA. Regardless of which program the LEA chooses, the LEA must notify its SEA on an annual basis on or before the notification deadline established by the SEA of its intent to exercise the authority. LEAs should reach out to their SEA contact for more information about the SEA’s reporting requirements deadline.

[2] SRSA grant amounts are based on a statutory formula that takes into account several factors, including the amount of funds an LEA received during the preceding fiscal year under the Title II, Part A program and the newly authorized Title IV, Part A (Student Support and Academic Enrichment program). The first awards for Title IV, Part A will be made with FY 2017 funds. Therefore, for purposes of calculating SRSA grant awards, the Department will not take into consideration Title IV, Part A funds until the FY 2018 grant cycle. 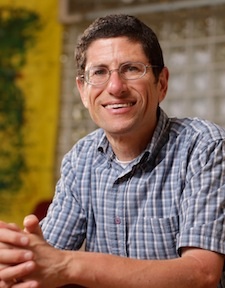 Steven Hicks: How did you begin your career in early learning?

Steven Dow: Most of our work was actually focused on adults, and we focused primarily on trying to improve their economic wellbeing. The realization for me about the limited impact our programs were having was simply frustrating. That combined with I would say more and more exposure to the research in the field suggested that our work, however hard we were trying, was going to have a limited impact, and not the kind of transformational impact that we wanted to have in individual’s lives at the stage in their lives in which we were starting. And, so, you know, the opportunity was sort of what the motivation was. The opportunity was that, frankly in the late 90s we really focused on two big pieces of legislation– both of which passed in the late 90s. But one got a lot more attention that the other. The first piece was, of course, the Universal Pre-K legislation but the second piece was also pretty important. While Oklahoma is not generally regarded or known as a leader, at the same time that we passed the Pre-K legislation, we also created the first tiered reimbursement rate for child care. So we were working on both of those things at the beginning advocacy level and the other thing that just happened to happen at that time was that in Tulsa, the Federal government finally shut down what was at that point a dysfunctional Head Start program. And so our organization had the opportunity to jump in and become the Head Start grantee and because of the way we had created the state legislation we were in a position to really get the program off in the right way- because, we had sufficient resources through Head Start and the pre-k dollars to really get the ingredients for high quality right from the outset.

SH: What do you think or see as the role of community action agencies in improving the quality of early learning?

SD: Well, I think there are two or three different things. You know, one is that I think Community Action Agencies think of their role more expansively than simply you know, working with the child. So the critical importance of the work with the family, which I think is really the hallmark of what an effective early education requires, is something which Community Action Agencies are already doing. And so they don’t have to build that into either their orientation towards the work, nor build the relationship with the families directly. And I think the challenge for a lot of Community Action Agencies, particularly those that are getting Head Start funding, is to really try to identify different ways of working together with the school system– particularly in those places that are expanding their pre-k or opportunities where the school district is often viewed by the community as the more appropriate deliverer of those services. So for us, we had to simply figure out from the outset how we were going to use our resources and partner with the school districts in really meaningful ways whether that was if they’re offering pre-k, partnering with them to meet some of the additional needs that families have with Head Start wrap around services or letting them serve the kids at four and us being able to shift our resources to the earlier years so that the at-risk kids in the community were getting a year of Head Start followed by a year of pre-k. Those were the kind of opportunities to partner and leverage our relationships that are deep in the community. When issues came up, that was where Community Action Agencies were much more connected to the needs of families. So just thinking about a big one we all think about as important is the issue of attendance. You know, the fact that often kids are missing during those early years is usually, in our experience, an indication of something else that’s going on in the household. And because of the kinds of orientations and relationships that we have as a Community Action Agency, we’re able to help the families meet whatever the challenges are and then help them get on a better track towards more regular attendance. And certainly in our two-generation work, the idea of providing direct services to the parents is something that’s just part and parcel of what we do as a Community Action Agency.

SH: Why do you think the President’s proposal to provide high-quality early learning and development programs for our children is important to our country and what do you see as some of the challenges and opportunities?

SD: Well, I think the platform, first and foremost of the bully pulpit, of really calling the country’s attention to the importance of early learning. The resources that communities have right now –that state and local governments have– are limited and so the role of the federal government in saying that this is not just something that we want to leave up to states and local communities, but that the federal government is going to prioritize it and begin to make its own commitments to young children, I think is critical. I think the federal government has historically been really the only significant funder of early learning for children through child care and with Title I dollars. And I think the opportunity to make an even broader commitment to not just serving the poorest of the poor kids, but really to help us understand that it’s something that other children can also benefit from and that it should be a national priority. The only way I think that we demonstrate that it truly is a national priority is when we put financial resources into the issue.